I have had feedback that some people haven’t bought my book, “Drabble Folk and Fairy Tales” because they don’t know what a Drabble is.

To answer this, I’ve made a taster PDF containing 10 of the 100 stories from the full book.

These delightful little stories are ideal for a quick children’s storytime or as the basis for crafting a longer tale….or just to read for your own pleasure.

Enjoy and let me know what you think. Please feel free to pass them on to anyone who may also enjoy them.

The tortoise and the hare
Once upon a time there was a hare, the fastest hare that had ever lived. He ran everywhere and all the time, and he knew how very amazingly fast he was. Because of this, he started to boast “I am the fastest creature in all the world! Nobody is faster than me”. The other creatures grew tired of his incessant boasting, and sought a way to bring the hare down a peg or two.
They called a meeting to which all creatures (except the hare of course) were invited, and asked who would race against this upstart animal. The creatures shuffled their feet, and looked nervously at each other. Who could be confident to beat the hare in a race? Only one creature from all gathered stepped forward, and it was a most unlikely challenger. Tortoise plodded out of the crowd, and said in his slow-and-steady voice “I’ll race the hare”.
The creatures laughed at such a ridiculous proposition. Tortoise was so slow that despite setting out for the meeting as soon as he heard of it, three days previously, he was still late arriving. His plodding ways were well known among all animals. Eventually the badger asked tortoise “why do you think you can beat the hare when all others can’t”, and the tortoise in his slow-and-steady way said “because I keep going, and I don’t stop. Slow-and-steady wins the race, that’s what my dad told me”.
The creatures could not argue with the tortoise’s logic, so despite their reservations they set up the race for the next day.
Hare ran to the start line in seconds flat, and hopped about while he awaited his race-partner. Hours later the tortoise appeared on the scene, plodding along in his slow-and-steady way until he arrived at the line. The starting pistol went “BANG” and the hare raced off into the distance. The tortoise began his slow-and-steady plodding, and plodded along all through the day and all through the night. The hare, meanwhile, saw a shady tree beside the race track, and decided that his lead was immense enough, and his challenger slow enough, that he could take forty winks and still trounce his opponent. The warm sun lulled the hare into rather a deeper sleep than he intended, and soon he was slumbering peacefully, safe in the knowledge that however fast the tortoise plodded, he, the hare, would always beat him. The tortoise was not at all surprised to see the hare asleep under the tree, and muttered to himself as he passed “slow-and-steady, that’s the way, keep going”.
The hare awoke some time later, aware he had been asleep for quite a while. He looked behind him and chuckled to himself “not even on the horizon! What a plodder that tortoise is”. He jogged along, confident of an easy victory, but as he neared the finish line he was met with a most surprising sight. There, a whisker away from the finishing line, was the tortoise! The hare was quite taken aback “but how…” He upped his pace and sprinted for the line with all his speed, but the tortoise had plodded across the line ahead of him. The hare, red in the face and sweating profusely, approached the tortoise, who looked cool and collected as usual. The hare asked the question that had been puzzling him; “How did you beat me in a race? I’m the fastest creature in the world!”
“Not now you’re not”, the tortoise replied with a wry grin, “I am. My father told me Slow-and-steady wins the race, and he was right. It does!”
Thus the tortoise enjoyed his unlikely title of “world’s fastest creature”, and the hare learned humility.
The other creatures noticed a change in the hare from that day onwards, as after his defeat he vowed to use his speed to help rather than to boast. The hare became the messenger for the other creatures, and the tortoise retired from racing, enjoying his retirement with good grace. 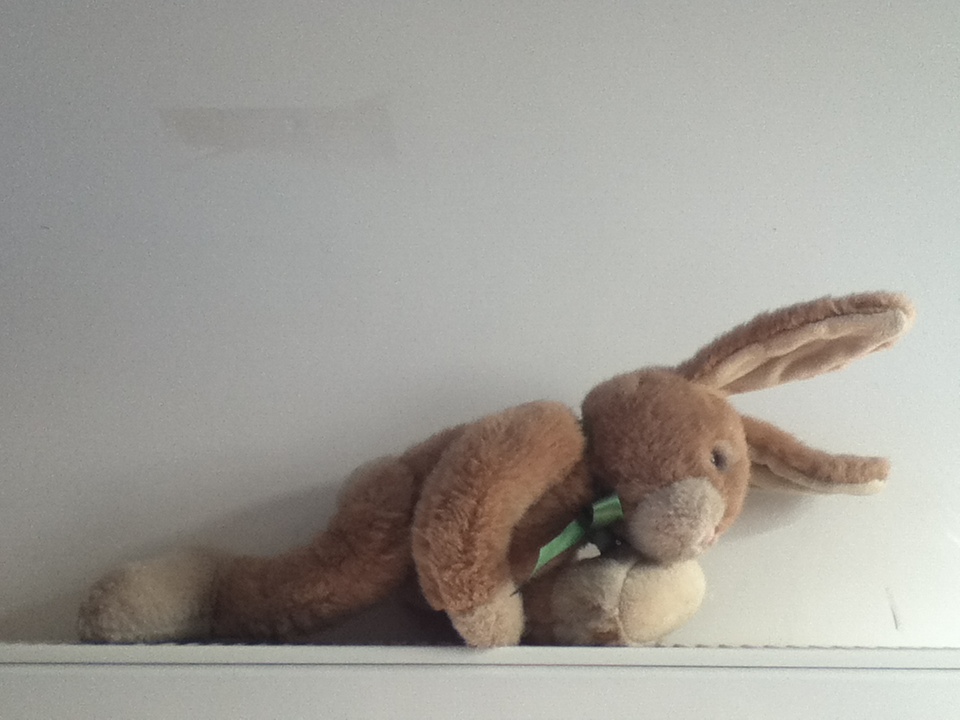 Long ago, and far away, there lived an old lady. She had a small cottage, but felt cramped.

A wise elder heard her grumbling, and asked if he could help in any way.

“My cottage is too small, what can I do?” She wailed.

The wise elder advised her to bring her pig into the cottage.

The lady was confused, but did as advised. As soon as the pig got into the cottage, it wrought havoc, smashing ornaments, breaking furniture and leaving muddy footprints on the carpet.

The lady complained to the wise elder, who told her to bring in her sheep too. She did this, but it only made matters worse! The sheep and pig fought, and broke even more things.

The lady shouted at the wise elder “Do Something! My cottage is far too small for all these creatures.”
The wise elder advised her one last time, to bring in her goose.

She did so, more confused than ever. The goose flapped and shed feathers all over the cottage, the cottage smelt like a farmyard, the woman called the wise elder in despair “help me, the cottage is far too small for all these creatures!”

“Put them all back out again” he said.

The lady did so, and immediately the cottage felt huge! She thanked the wise elder for all his help,  and lived happily ever after in her enormous cottage.